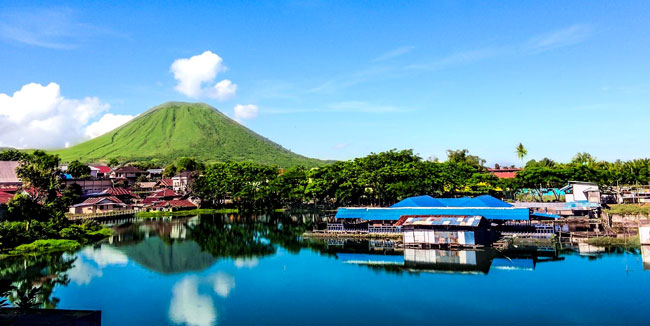 It is a known fact that each region has a unique charm as compared to others. Well, Temohon City of North Sulawesi Province is not an exception. In terms of region, it is part of Minahasa Regency actually. Also, it becomes another vacation destination that tourists can explore while visiting Indonesia later. Not only the city has several recommended natural attractions, but it also comes with interesting traditions and delicious foods. People can even watch beautiful dances and learn the history once they get there. What they need is only a good tour guide and the best time to visit the region.

The Nuance
In terms of nuance, Tomohon City is both crowded and serene as it has various landscapes. Plus, it resides between 900 and 1100 meters above the sea level, so the atmosphere is considered moderate. When it comes to the size, it has the total area of about 11,420 hectares! The region has two iconic volcanoes called Mahawu and Lokon. No wonder, those mountains become the prime attractions that lure tourists from other regions. What about the facilities and accommodations? Have no worries. Visitors can find many hotels and eateries scattered all over the city.

Exploring Tomohon City
Before exploring the city, tourists should talk to either the tour guide or villagers regarding the history of Tomohon. The name derives from the Tombulu Language “Tou Mu’ung”. The region has undergone several improvements over time, but it remains the part of Minahasa Land. When it comes to culture, Mapalus is considered the most popular one. In a nutshell, it is the form of unity among the locals. They may work together in order to achieve something.

Aside from history and culture, Tomohon City also has other allures including the variety of natural attractions. The most famous ones are two active volcanoes called Mahawu and Lokon Mountain. People often come to those places to enjoy trekking and sightseeing, in fact. There is also a popular lake called Linouw. Despite the beauty, the lake is not safe for swimming due to the high density of sulfur. Located near to the lake, many exotic birds live abundantly so tourists can take pictures of them later.

What is more? When exploring Tomohon City, tourists should not forget to enjoy some traditional entertainments especially dances. These include Kabasaran, Maengket, Katrili, and Pisok Dance. All of them are unique and beautiful, so everyone should not miss any. When it comes to facilities and accommodations, the city offers many options of hotels and eateries depending on one’s budget.

How to Get There
The distance between Manado City (the capital of North Sulawesi Province) and Tomohon City is 25.1 km. That means the trip may take approximately 52 minutes. Have no worries. It gets faster if tourists take Raya Manado Tomohon Street and use the best transportation service to get to the destination. For first-timers, they can hire a local guide to get around the city more efficiently later.

Everyone knows marine tourism destinations in North Sulawesi, Bunaken Marine Park will definitely be the main reference. In fact, many marine tourism destinations are scattered in the regencies of North Nusa which are no less beautiful. North Nusa is an area that includes three archipelagic districts at the northern tip of Sulawesi. The three archipelagic regencies are Sitaro , Sangihe and Talaud Islands Regency. Previously, these three regencies were part of the Sangihe Talaud Regency before they were divided. In Sitaro Regency (Siau Tagulandang Biaro) itself, there is a lot…

Since it was designated as a crossborder destination, Talaud Islands in North Sulawesi, began to improve its tourism. In addition to starting calendar of events, promotions, physical infrastructure to tourist support, Talaud make Sara Island became the mainstay of tourism icon. The uninhabited small island located in the Pacific Ocean is ready to be promoted for marine tourism. The exotic Sara Island with its fine white sandy beach. Regent of Talaud Islands Regency Sri Wahyuni Manalip said, Sara Island is one of the islands ready for sale for tourism activity.…

Lenso Dance, The Dance Of Celebration

Lenso Dance Lenso is a folk dance from Minahasan, North Sulawesi and Maluku. The word Lenso means handkerchief, hence it uses that property during the dance. This dance is commonly presented in groups during some occasions or party, like wedding party, harvest time, new year, Christmas and many more. The most interesting from this dance is, the participants who are still single, can search for mate during the party by performing this dance. www.indonesia-tourism.com

Lembeh Island Lembeh island is part of Bitung administrative area in North Sulawesi. The island is separated from the mainland of Sulawesi Island by the Lembeh Strait. Lembeh island is famous for those who like to dive, because Lembeh island is the best diving spot after Bunaken. The divers recognized Bunaken as the Sea Garden in the Earth, but Lembeh is such a virgin island. It is untouched and almost to be the perfect diving spot. There are so many unusual habitats and exotic organisms live under Lembeh island, like,…

Hotel Deals of the Day